Brenda Hetrick, CRO, will move into a new role as President, and Julie Kapsch, COO, will serve as President of Matrix Sales Gateway, the newly formed subsidiary in partnership with CoxReps, Graham Media, Gray Television, and Hearst Television

Matrix Solutions (Matrix) announces two executive promotions that will be key to leading the company’s next phase of strategic growth. CRO, Brenda Hetrick, will move into a new role as President of Matrix, while COO, Julie Kapsch, will now serve as President of Matrix Sales Gateway (MSG). MSG is a subsidiary of Matrix, recently formed with investment and partnership from CoxReps, Graham Media, Gray Television, and Hearst Television, to accelerate the development of a media sales gateway solution, called Admiral. Additionally, Matrix will expand their flagship solutions portfolio into new market verticals with the addition of Monarch for Network, Digital, and Enterprise.

Hetrick, a ten+ year veteran of the company, has been successful in not only leading new business development 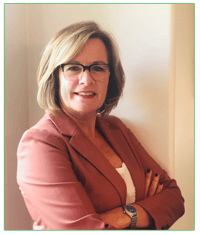 efforts in her role as CRO, but she has also played a significant role in helping expand the company’s initiatives and partnerships at an industry level. She co-founded the annual Media Ad Sales Summit, now in its fifth year, which brings together industry leaders to discuss and accelerate the media ad sales transformation to reduce friction in the marketplace. She also co-founded the Media Ad Sales Council (MASC) which is an industry advocacy group formed of industry leaders committed to continuing the advancement of the media ad sales conversion. Named one of AdMonsters’ 2021 Top Women in Media - Tech Trailblazer Division and selected as an honoree for the Cynopsis 2021 Top Women in Media Awards, Hetrick has been diligent in promoting collaboration industry-wide. She has served as a Gracies Judge for the Alliance for Women in Media (AWM) for many years and in 2019 she joined their Board to expand her commitment and support of the organization. She currently serves as the Treasurer-Elect of the (AWM/F) Board. 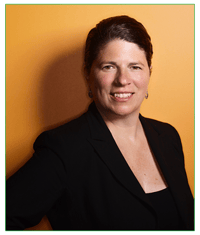 Joining the company in 2021, Kapsch was brought on to align the company’s product development efforts and deliver their next generation solutions portfolio to existing and new markets. In her short, yet impactful time at the company, she has been instrumental in significantly advancing the company’s product roadmap, identifying expanded solutions portfolio opportunities, and leading the charge in the accelerated development of the gateway that will significantly transform how media is bought and sold. This Media Sales Gateway, Admiral, will be a sell-side tool that provides both the infrastructure and workflows to automate converged advertising sales from demand through order fulfillment, including digital and OTT inventory, traditional spot, and impression-based/dynamic ad insertion for live linear.

“As we continue to advance and grow as a company, it’s important to have a high-quality leadership team in place to ensure success for our clients and the company. I am thrilled to have Brenda and Julie, two high achieving members of our team, take on these critical roles to help us continue our path forward,” shared Mark Gorman, CEO, Matrix Solutions. “They have both demonstrated their commitment to our team’s success and possess the expertise, leadership, and proclivity to significantly advance our organization’s growth and move the industry-at-large forward.”

Matrix’s executive and product teams will be at the NAB Show April 25-28, 2022, in Las Vegas to meet and discuss their latest product development efforts, including the expansion of their Monarch Media Ad Sales solutions portfolio and the advancement of their Media Sales Gateway, Admiral. Request to meet here.

Matrix Solutions is a forward-thinking technology company that empowers the media ad sales world with intelligence, technology, and expertise. It provides the technology back bone for the end-to-end workflow for sales organizations, transacting in the media marketplace. Its flagship solution, Monarch, is the only global ad sales platform built specifically for media, delivering the CRM and business intelligence necessary to optimize inventory, while the Matrix Sales Gateway, serving as a sell-side dedicated platform allows for the ingestion and dissemination of data from all providers in the ecosystem that participate in the negotiation and execution process. Matrix manages more than $13 billion annually in media ad revenue, has over 10K users, maintains over 95% renewal rate, and has founded the annual Media Ad Sales Summit and Media Ad Sales Council (MASC) – both of which bring together industry leaders to advance the future of media ad sales. For more information, please visit matrixformedia.com.