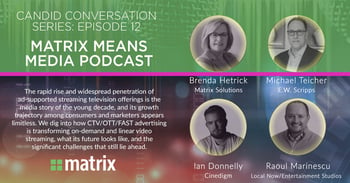 ...and don't miss the 'pre-game' session with Brenda Hetrick and Matrix CEO, Mark Gorman, where they set the stage before the conversation  kicks off!

Check out more episodes at www.MatrixMeansMedia.com